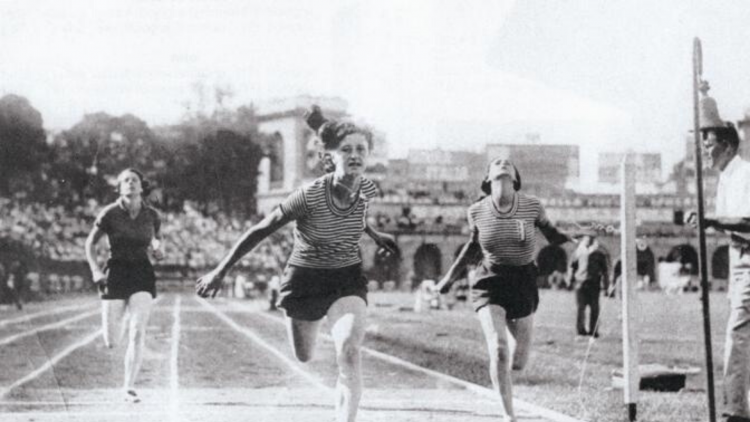 Two worlds that are much closer than we think.

Hello fellow readers, my name is Cristina Souto Caviglia and among a lot of things, I happen to be a menswear fashion designer, but well if you really want to know a bit more about me … it’s 2020 just google me up or even better search me on instagram (yes sorry, I am a millennial, so I take every publicity chance that I get). Now back to what I am here for: talk about fashion and feminism, and in this particular second article about a very unknown yet important garment in women’s history, the gymsuit.

In this era of athleisure, where women can choose between an infinite type of technical garments to practice whatever sport they prefer, it is quite hard to imagine that a little more than a century ago the female gender not only did not have a specialized outfit for exercising, it was mostly forbidden for them to practice any type of physical activity.

Everything began by the end of the 19th century, in 1879 to be more precise. Radcliffe College (one of the first women college’s in the USA now part of Harvard University) opened its doors to a new generation of thirsty for education young women. At those times (you are not even going to believe what I’m about to say), white men in power thought that if women went to college, all their blood will go to their brains and their reproductive organs
will not properly function, so a very pioneer doctor named Dr. Dudley Allen-Sargaent introduced physical education class in order for this women to be healthy and be able to complete their most important role in the society: have kids.

Of course, this women needed a garment/outfit suitable do to such exercises, ergo the gymsuit was created.

With the spandex leggings and lycra crop tops that we use now a days when we go to the
gym, you must be thinking: “How on earth was that a liberating piece of cloth?!”.
Well taking in consideration what the fashion trends of the time were… (which if you read
my previous article are already familiar with) this was a very avant-garde suit that made all
the women who wore it feel free, liberated, capable of much more than they though they
were.

From needle work to college athletes, thanks to the insertion of phisical education, this first generation of educated young women started to think about how poor the female role in the society was and started to believe there could be another life for them outside of just being a housewife. They began to empower the idea of them as doctors, lawyers, professors… and that though would lead them later on time into women liberation, into the
beginnings of now we know as feminism.

Cristina Souto Caviglia (borned in 1994 in a small village in the Basque Country, Spain) is a menswear fashioner designer.

Cristina is a member of Collettivo Loredana. Discover all her articles: